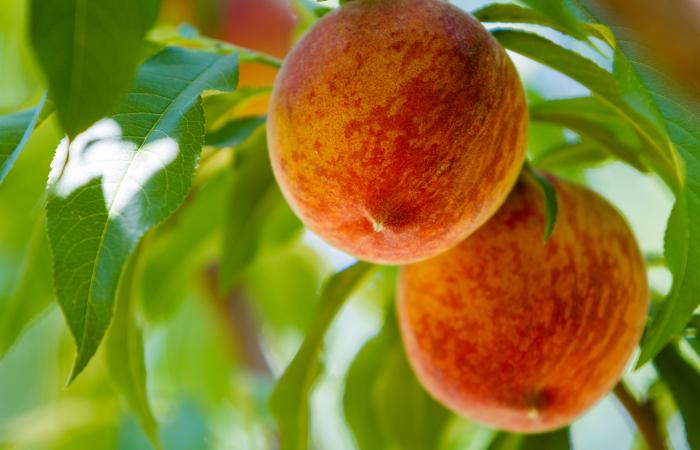 The Georgia Register of Historic Places gained six new listings whose histories date back to the 19th and 20th centuries.

The listings, which were at first nominations, were approved during the May 13 meeting of the Georgia National Register Review Board.

For more information on the listings, see below:

The Reuben Gay Place is a post-Civil War farm property owned and operated by a former slave and his descendants. Reuben Gay, Sr. (1830-1899) purchased 173 acres in 1882 to farm and raise his family. This parcel represented the largest ownership among his closest neighbors, a rarely achievable goal for African Americans in the area at the time. He provided economic stability for his family by applying the skills he developed while enslaved, and later, as a farm laborer. The Reuben Gay Place, a center point for the nearby African American community, is key to understanding how the African American farmer’s experience in rural Fayette County was shaped between the late 19th century and the modern-day. The residual associated acreage, which was farmed until 1961, and the farmhouse continue to serve as the home of Reuben Gay, Sr.’s descendants.

Local architect Wilbur D. Talley (1899-1960) designed this small office building, a rare example of the International Style in Columbus. The International Style emerged as part of the modern architecture movement in the early 20th century. The 1238 Building exemplifies the style with its profound lack of “arbitrarily applied decoration.” The building materials were limited to brick, concrete, steel, glass, and marble. These elements remain essentially unchanged since the building’s construction in 1949. The two-story building originally contained 28 professional offices and was listed in the 1950 Columbus city directory as “The Professional Building.” Over the years, the building has supplied workspaces for professionals seeking office space in downtown Columbus. A recent rehabilitation project converted the second floor into apartments while the first floor remains an office space.

The Columbus Coca-Cola Bottling Company is a good example of an early Coca-Cola Bottling Company facility. This franchise, one of the earliest in the state, was owned and operated by Columbus Roberts, Sr., a grocer originally from Beulah, Alabama. Roberts set up shop in 1902, bottling Coca-Cola in the rear portion of a downtown drugstore. The plant bottled almost 2000 gallons of syrup in its first year, nearly doubling the quota required in its contract. These bottles were delivered across the region via a single mule-drawn wagon. Production quickly expanded and in 1905, Roberts moved his operations to the newly constructed three-story brick building on Sixth Avenue. Bottling production increased and technologies advanced as three decades passed. By 1932, the plant was producing 86 bottles of Coca-Cola per minute and the delivery fleet grew to 12 trucks. According to Constance L. Hays in The Real Thing, Truth and Power at the Coca-Cola Company, bottlers, like the Columbus operation, were “as indigenous to the American scene as the post office or the fire department.” They served as town fixtures, sowing their profits back into the business and helping the local economy grow with increased staff and continued investments.

The Clarence and Louise Golden Williams House is in Savannah’s Sandfly community which was settled during the late 19th century by freedmen. Plasterers, carpenters, and bricklayers – all of whom were slave descendants – built houses together for each other in Sandfly. The Clarence and Louise Golden Williams House, a simple one-story vernacular dwelling built in 1945, represents the builder-artisan traditions passed down by generations of tradesmen. The house exemplifies the craftsmanship of its original owner and builder, master plasterer Clarence Williams. The interior of the house reflects the Eurocentric plasterwork details that Williams employed in his trade as a subcontractor on construction sites throughout White Savannah neighborhoods. The exterior of the house features elaborate stucco embellishment including quoining, textured stucco finishes, laid-in oyster shells, sculptural patterns, and false timbering in the gable ends. Exterior ornamentation includes symbolic geometric patterns based on West African cultural and architectural traditions common to the Igbo and other African peoples, a rarely seen outward expression of African art and culture in the community.

The Magnolia Park Historic District contains one of the most diverse and intact collections of mid-20th century houses in Savannah. It includes a variety of ranch houses, split-level houses, two-story houses, and a few American Small Houses. The houses primarily exhibit colonial revival, contemporary, and plain styles. A few of them were designed by well-known local architects. The neighborhood was selected as a location to showcase the “Trade Secrets House of 1953,” a model home in Magnolia Park No. 2 that was designed by some of the nation’s leading architects as a composite of their ideals for contemporary living. It was reproduced in 116 other US cities. The district is an early Savannah suburb developed for White homeowners outside of the city limits. Magnolia Park features curvilinear streets, capitalizing on new ideas about “country living” in the suburbs. In doing so, it showcased the earliest developments to break Savannah’s 200-year-traditional usage of the grid-iron plan, a plan based on the 1733 Oglethorpe Plan. Instead, these new developments adopted major elements of the Federal Housing Administration's preferred patterns of subdivision development. This includes winding streets, isolation from major thoroughfares, and minimized entry into the neighborhood.

HPD’s programs include environmental review, grants, historic resource surveys, tax incentives, the National Register of Historic Places, community, and technical assistance. To learn more about HPD and its mission to promote the preservation and use of historic places for a better Georgia, click here.