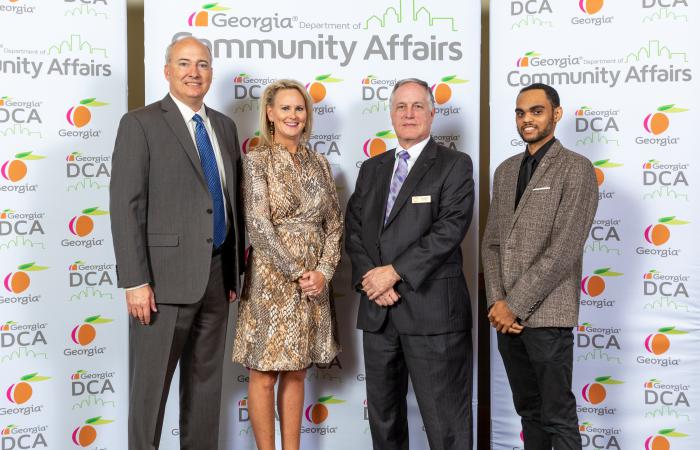 The cities of Adel, Douglas, Eatonton, Forsyth, Rossville, Villa Rica, and Washington have been designated as Rural Zones by the Georgia Department of Community Affairs (DCA) and were recognized at the agency’s annual Fall Conference in October.

The 2017 legislative session marked the creation of the Rural Zones program. The General Assembly tasked DCA and the Georgia Department of Economic Development with implementing and overseeing this initiative which provides tax credits to individuals creating jobs and making qualifying investments within historic downtown areas.

Each Rural Zone designation lasts for five years, and activities to begin earning tax credits within these seven new zones begins Jan. 1, 2020. Communities are encouraged to develop strategies and share information about the benefits to businesses and investors, including the program’s three tax incentives:

Each of the three tax credits is dependent upon the creation of at least two new full-time equivalent jobs.

General criteria for designation include communities with a population of less than 15,000; a core downtown area with structures older than 50 years; evidence of blight or disinvestment in the downtown area; implementation of a strategic plan in the downtown area; and a completed market analysis, which indicates gaps within the local business makeup.

Governor Brian P. Kemp @GovKemp
4 hours
Monday, flags across the State of Georgia will fly at half-staff in honor of the men and women who made the ultimat… https://t.co/pDVEenA4TM