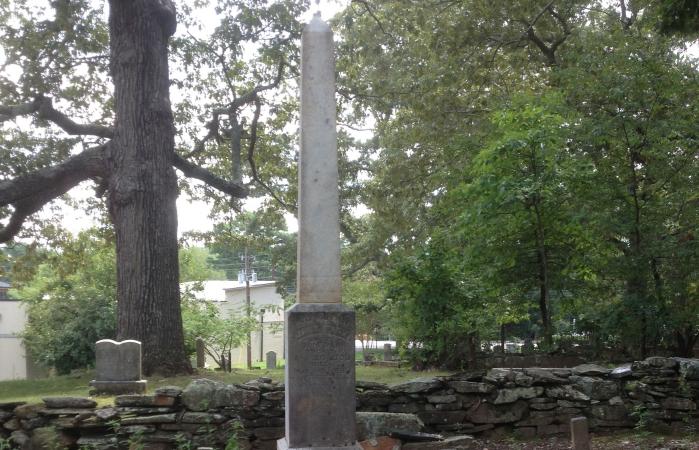 When gold was discovered in the Cherokee Nation, the state accelerated Indian Removal and held lotteries to distribute the land to white settlers. In 1832, Georgia held a separate lottery to distribute these lots for $10 each. The Methodist Cemetery was established on land from Lots 411 and 427 obtained in the 1832 lottery.

The cemetery is significant under National Register Criterion C: Art for its collection of grave markers that are representative of early 19th to mid-20th century markers found in church cemeteries in Georgia. The grave markers reflect the evolution of burial customs from the earliest settlers marking the graves of loved ones with simple fieldstone steles to the erection of grandiose monuments in the post-Civil War period and into the 20th century.

The variety of marker types range from simple headstones, footstones, and fieldstones to bedsteads, scroll markers, pulpit markers, pedestal tombs, and obelisks. A wide array of funerary art and symbolic motifs are represented at Methodist Cemetery, such as crosses, doves, lambs, flowers, Masonic and Woodmen of the World symbols.

Today the cemetery is nestled amid suburban Atlanta expansion. Within the cemetery are over 2,500 marked graves, with the earliest legible marker dating to 1846, including at least 500 unmarked burials. Among those interred in the cemetery are early settlers, early church leaders, mill owners and workers, town leaders and merchants, as well as veterans of the Civil War, World War I, World War II, the Korean War, and the Vietnam War. Burials continue there today.

Methodist Cemetery was listed in the National Register of Historic Places on April 2, 2021. The Roswell Historical Society, Inc. sponsored this nomination and prepared nomination materials.

HPD’s programs include environmental review, grants, historic resource surveys, tax incentives, the National Register of Historic Places, and community and technical assistance. To learn more about HPD and its mission to promote the preservation and use of historic places for a better Georgia, visit us online.

Governor Brian P. Kemp @GovKemp
1 hour
Throughout the summer, please be aware of the dangers of leaving children unattended in vehicles, and always LOOK A… https://t.co/mO7Qm6EWH1