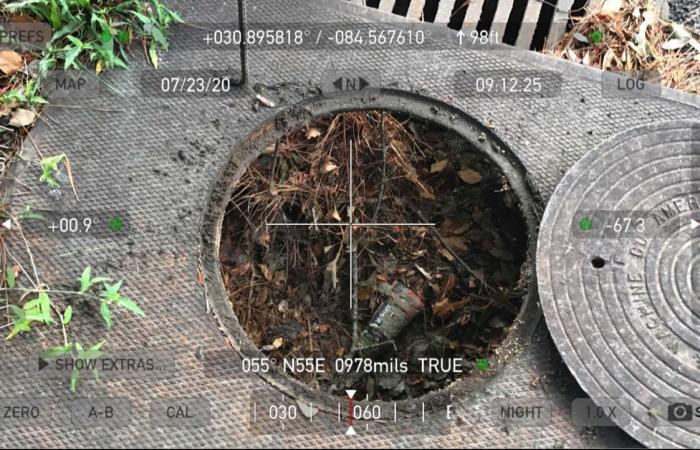 The City of Bainbridge has long been plagued by flooding issues, which were highlighted during the comprehensive planning process where street flooding issues were reported as a major concern. Consequently, it was decided that many of the problems the city faced could be solved or alleviated by inspecting and cleaning stormwater catch basins throughout the city.

What was soon discovered was the city’s existing paper maps showed locations that were outdated and incomplete. The City of Bainbridge moved forward to convert the paper maps and use GIS mapping to find its stormwater infrastructure. With that, it can then be inspected and used to gather data regarding the catch basins and pipes.

This accomplishment allowed for the new data to be incorporated into a model for sanitary sewer, water and gas systems. The final product has aided the city’s staff and citizens when an area is flooded. Now, the stormwater map can be easily pulled up on a tablet, and the most logical problem spot can be quickly identified.

As a result, the City of Bainbridge is more responsive to its citizens. With the issue of flooding, the city can now identify and solve the problem indefinitely.