PlanFirst Success Story: Developments Facilitated by The Next Ten and Development Code 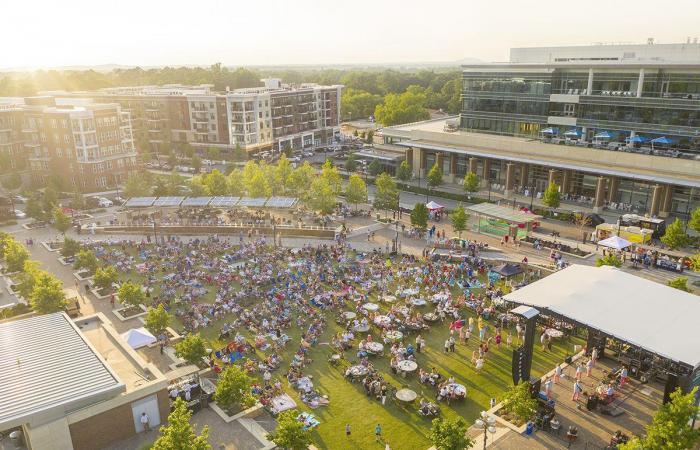 One of the first achievements following the adoption of “The Next Ten Comprehensive Plan: Sandy Springs, Georgia” in February 2017 was the creation and adoption of the city’s ambitious new Sandy Springs Development Code in the following August.

This followed a significant investment of city time and resources, collaboration with a consultant, and an extensive community engagement process. The Development Code acted as a combined zoning ordinance and development regulations document that codified the vision, goals, and policies of The Next Ten. As stated in Div. 1.1. of the Development Code, “This Development Code is intended to guide the future growth of the City of Sandy Springs in alignment with the vision set forth by The Next Ten Comprehensive Plan.”

Since the adoption of The Next Ten and the Development Code, the city completed construction of City Springs, a public-private partnership to redevelop an older shopping center off Roswell Road into an approximately 15-acre mixed-use development. The center would include a new City Hall, Performing Arts Center, City Green, shops, restaurants, amenities, the Aston City Springs apartments, and townhomes.

With its opening in May 2018, City Springs is now the heart of Sandy Springs. Supported by leadership and the community, City Springs has been a great success and had a significant impact. It spurred further development in the area which includes over 1,000 new housing units and nearly 300 units at Aston City Springs. Thousands of square feet of new retail house restaurants and small businesses have also become integrated into the fabric of the City Springs District.

Additional compact, connected, walkable, and mixed-use redevelopments facilitated by The Next Ten and Development Code are in the construction and permitting Phases, such as Ellison Park by David Weekly Homes.

Georgia DCA @GA_DCA
1 hour
Residents are praising the City of Powder Springs as it's addressed their transportation concerns in developing saf… https://t.co/pPXwGWe4Yy