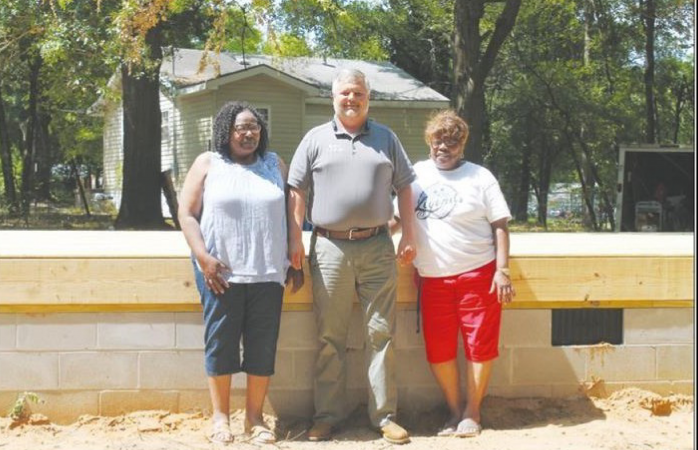 The City of Perry, in addition to being a PlanFirst Community, has been a Georgia Initiative for Community Housing (GICH) designee (now Alumni) since 2014. With the Perry Housing Team leading the way, the City has long placed a significant focus on housing in the community and, through these efforts, the City has realized some of its greatest planning accomplishments.

Perry is actively focusing on five housing-related activities outlined in its Community Work Program (CWP) with the goal of promoting adequate, safe housing for all residents. Of these, the City has made significant progress in identifying and removing dilapidated housing in target neighborhoods. The focus on housing in the community, blight remediation, code enforcement, etc. and findings from some associated activities (e.g. Housing Assessment, etc.) is further discussed in the body of the Comprehensive Plan. To date, the City has targeted and removed six dilapidated houses from target neighborhoods throughout the community and the impact of these efforts has been immense.

Breaking down the identified activity, officials had to find the dilapidated houses that needed to be removed. Working with the Middle Georgia Regional Commission (MGRC), the City completed a comprehensive Housing Assessment in 2016-17. In evaluating (and entering into an online database) all 5,232 housing structures in the City, this exhaustive effort yielded a timely and in-depth analysis of the housing situation in Perry. Of most concern to the Housing Team was the fact that 47 houses were identified as failing (i.e. dilapidated; structurally dangerous and uninhabitable) and another 257 were identified as distressed. Not surprisingly, the vast majority of the failing and distressed housing that was identified were located in the five target neighborhoods identified by the Housing Team at inception. These neighborhoods include Sand Hill, Creekwood, New Hope, Five Points, and Oldfield – all predominantly low-income, minority-majority neighborhoods.

Focusing on the 47 failing properties, the Housing Team, City staff, and elected officials worked to produce a defined prioritization of properties to target for removal and for the past few years’ significant progress has been made in working towards addressing said priority properties. The City has been very successful in obtaining grant funding (over $3 million in Community Home Investment Program and Community Development Block Grant funds since 2016) to address housing issues and, coupled with City dollars and private matching, has been able to fund some of these efforts while also being able to rehabilitate and reconstruct more than 50 homes in target neighborhoods.

With properties having been identified and funding secured, the City has been able to demolish and remove six houses with another 19 in the works. The efforts taken by the City in dealing with private property issues, heirs property issues, etc. have been challenging, often taking years from start to finish. However, the effort and expense has paid off in being able to remove blighting influences from neighborhoods and even providing additional homes for low-to-moderate income persons.

It is the City’s goal to address all of the identified failing houses in the City with the hope of:

The City and Perry Housing Team looks forward to continued work on this critical initiative and in working to better neighborhoods in all communities.