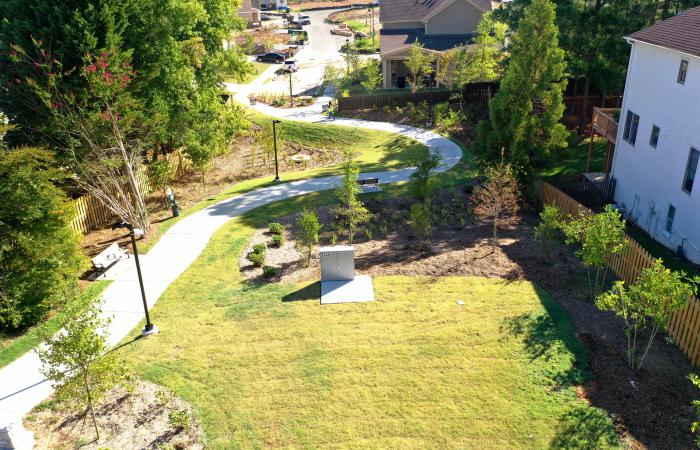 Duluth has focused on pedestrian connectivity and its downtown for many years. FORWARDuluth, the City’s current Comprehensive Plan, lists goals and aspirations for each of the Character Areas. For the Downtown Character Area, an aspiration of having 2,000 housing units within walking distance to downtown was identified.

With limited undeveloped property within walking distance to downtown, the City had to get creative. They started with Willbrooke, a large neighborhood located geographically near downtown.

However, due to existing surrounding land uses at the time Willbrooke was developed, it was not connected to downtown. Therefore, while the neighborhood was adjacent to downtown, Willbrooke residents had to drive nearly a mile and a half to get it.

In 2019, a house in Willbrooke went up for sale. The City jumped on the chance to purchase the home so it could build a park and sidewalk to connect the existing neighborhood to the new downtown neighborhood. Over the next few months, the City developed two plans for a small park with a sidewalk connection.