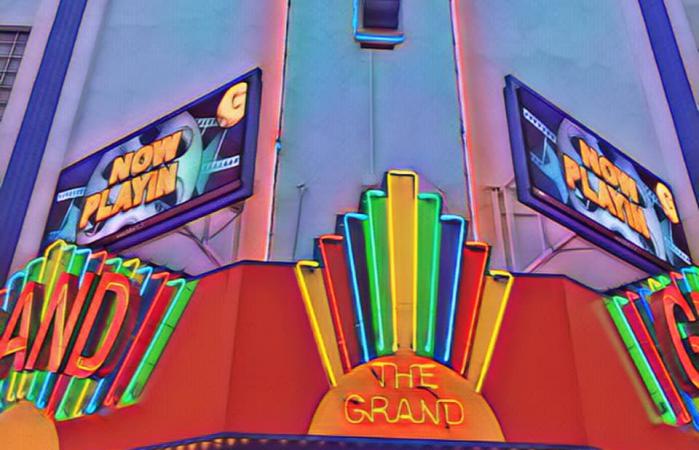 The Grand Theatre has an interesting history. First built as the Grand Opera house around the turn of the 20th century, the Grand burned in the mid-30s and was rebuilt on the same site in 1936 as an Art Deco movie house with an open roof garden. The roof garden was soon enclosed, but the original railing balusters are still visible on the front.

The City secured the property from Martin Theaters after it closed in 1978. The theater was renovated for performing arts space. In 2001, the roof garden space and offices downstairs were renovated.

ADA improvements were completed in 2018, and the City used SPLOST and privately raised funds for this project. The Grand Balcony Club is a Friends of the Theatre group which raises funds through monthly movie and dinner events and enjoys exclusive seating and receptions at concerts and other special events. With seating for 629 patrons, prime ADA and oversized balcony seating is now available.

This is a success story because officials were able to keep the historic integrity of the building and made it ADA compliant. The entire community can now enjoy this building, as well as visiting tourists.