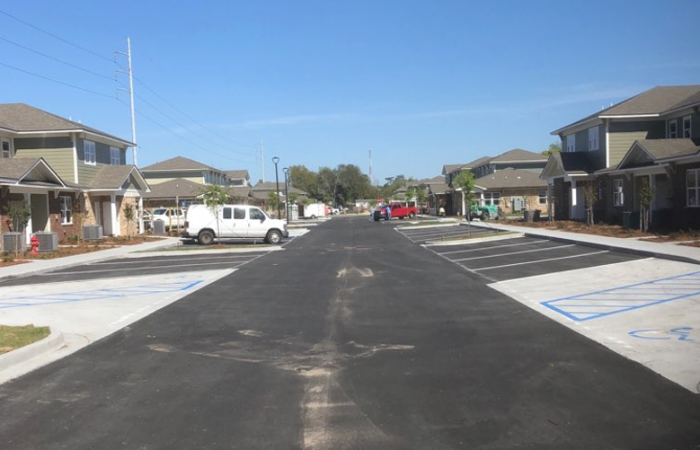 Georgia’s Community Development Block Grant – Disaster Recovery program is set with a multi-million-dollar budget and an agenda to help 300 plus families, 200 plus students, and various communities throughout the state.

This program was allocated alongside CDBG – Mitigation which was designed to address infrastructure needs resulting from devastating storm damage and support the development of mitigative infrastructure to significantly lessen the loss of life in future natural disasters.

Both CDBG programs were awarded monies via the state Department of Housing and Urban Development (HUD), but grant rewards are administered through the Georgia Department of Community Affairs (DCA).

HUD granted Disaster Recovery and Mitigation $122,425,596 between the 2017 and 2018 allocations for each program. Communities eligible to benefit from these funds can be found below Georgia’s fall line, a 20-mile wide geological boundary running northeast across Georgia from Columbus to Augusta, according to the New Georgia Encyclopedia.

These projects have been heavily focused on Georgia’s coastal areas.

Several projects have been funded and developed since the programs’ inception, however.

CDBG – MIT resulted in the creation of the Public Infrastructure Program which assists eligible communities within a 15-county radius to enhance infrastructure for future natural disasters.

Notably, the Homeowner Rehabilitation and Reconstruction Program (HRRP) came out of 2017 CDBG – DR funds and served in the three counties containing the five Most Impacted and Distressed (MID) zip codes according to HUD: Camden, Dougherty, and Glynn Counties.

According to federal regulations, all program participants had to own their property outright, but the DCA soon learned that heir’s property and tangled titles were a prevalent issue within all three counties.

The agency partnered with Georgia Heirs Property Law Center, a nonprofit legal firm that works with homeowners to clear property titles. The Center has received 72 referrals, seven of which – though tangled – were cleared.

Clearing these titles will allow homeowners to participate in HRRP and secure safe and sanitary housing for themselves and their families.

Where HRRP is an owner’s game, the DCA needed a solution for distressed renters as their market was effectively destroyed in the aftermath of Hurricane Irma: enter Low-Income Tax Credits (LIHTC).

These credits were used to purchase properties and developments in the three MID counties as well, totaling $16,915,164.

The tax credits were used to invest $2,850,000 in Perry Place, a multifamily apartment complex in Brunswick, Georgia, located in Glynn County. It will provide 56 low-income families with affordable housing.

The LIHTCs will fund the rehabilitation of Havenwood Springs rental housing in Albany, Georgia, located in Dougherty County. The project has a budget of $4625,664 and will repair 120 units amongst the four Havenwood properties.

This project is set to be completed by the end of 2022.

The goal behind the 2018 CDBG-DR is to restore the commercial health of the market and financial health of households. The DCA created the Workforce Development program to do so.

This program provides education and training to individuals within 20 eligible counties to gain or retain well-paying jobs. In turn, it will support an influx of skilled employees into the workforce.

Two hundred and eighteen students have applied to the program since its opening in August 2021, receiving a total of $1,188,904 in tuition costs altogether.

This is only a small portion of the program’s budget as $7,178,496  remains and applications are still open.