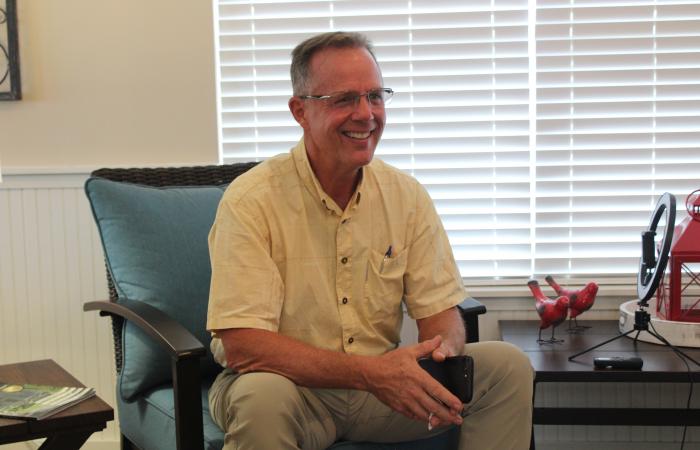 The Georgia Department of Community Affairs believes we all share a common need for shelter. That's why we pride ourselves on laying the foundation for safe and affordable housing. The Housing Tax Credit program makes that goal manifest by offering tax incentives to properties that devote all or part of their units to low-to-moderate income residents. Countless residents, owners, and developers across the state are Breaking New Ground, reinventing themselves in their homes, and seizing the opportunity to begin the next chapter of their lives in safety and comfort in several housing developments.

With 37 years in the business, Bill Gross said his partnership with the Georgia Department of Community Affairs (DCA) has provided countless opportunities to change people’s lives through affordable housing. As president of W.H. Gross Construction Company, he was introduced to the housing tax credit program in the early 2000s.

Gross is originally from South Georgia. He studied to be a banker but was persuaded to go into the building business. He started in the residential sector, building close to 3,000 houses along with a few commercial businesses. Remaining in the same community in which he grew up allows him to maintain a hands-on approach to his developments.

“I really try to stay pretty close to home, so that I can be at any property within two hours or less. And so, I focus on the coastal region,” he said. “I do go inland a county or two, but still try to keep that two-hour distance in case I’m needed.”

With single-family homes behind him, Gross said building the tax credits developments has turned into a mission. He also goes beyond coordinating construction by visiting the properties to connect with residents and staff – something he really enjoys.

By hearing from the residents, Gross learns firsthand the impact of safe and affordable housing. When he visits the properties, he has a genuine desire to know about people are doing. And they do not hesitate to tell him.

“They just open up and tell me, ‘You wouldn’t believe what a change it’s made. You would believe how it’s helped my family,’” he recounts. “It’s so very rewarding knowing that you’re making a difference in people’s lives. And really a change – a positive change.” This all motivates him to continue doing more.

As a Georgia native, Gross said this is a way to make things better in his community – a place he loves. He is also passionate about educating others on affordable housing, saying that program facts and resident experiences help to reduce stigma about these types of developments in both urban and rural communities.

For example, he draws connections between older adults who are on fixed incomes. If someone’s parent (or grandparent) receives Social Security, he explains how they are the ideal customer for these affordable housing units.

“Usually when you get a one-on-one with folks or in a small group setting, you can you can really explain it – I think that’s one of the things I do pretty good with folks,” he said. With community leaders, Gross said he goes through the “mechanics” of explaining the Area Median Income, what the average tenant pays, expectations, and outcomes.

In addition to making connections with local government officials, residents, and DCA, Gross also shares resident success stories with state and national elected officials. He said, “Whenever I can get them on the properties and explain to them and see the boots on the ground, and they can see the changed lives and positive impact and folks that can really better themselves, I think they know that it helped them understanding instead of just being another bill that they’re passing.”

Gross is a firm believer in the power of the “halo effect” that occurs when one transforms a blighted area with high-quality housing. Working with cities on their urban development plans has resulted in the revitalization of decades-old, abandoned buildings – and entire communities.

“There are many benefits to housing developments. Not only in providing housing for folks, but the ancillary is that the economic development for areas: sometimes that redevelopment of downtown [or] using surplus buildings and properties that the state and school board have,” Gross said. “So, repurposing those and being able to make them great out of something that was basically obsolete.”

By contributing to his community, Gross said housing is a great way to spur local improvement. He said, “You’re building a nice property, but you’re really changing the environment, you’re changing people’s lives. And, especially in these times, we need as many good things going on as we can get.”