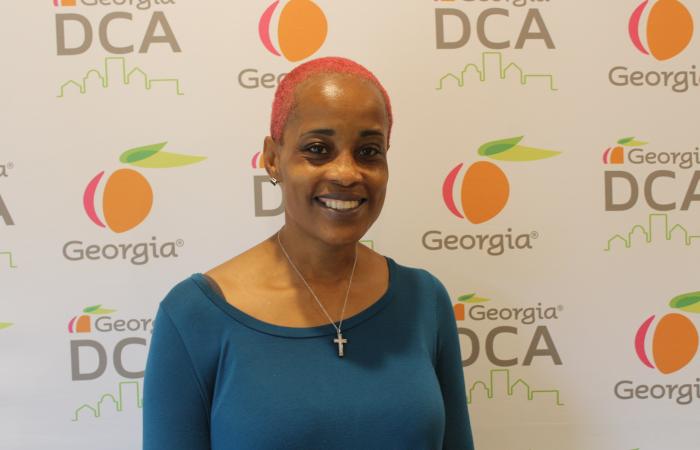 Abbington Perimeter provided exactly what Wylene Sumbry was seeking. After burying her mother, Sumbry found herself struggling to keep up with the responsibility of a house. While searching online, she discovered an apartment complex that just so happened to have an available unit for her and her two children.

Finding Abbington Perimeter after personal tragedy gave Sumbry a sense of security. She said the staff was incredibly compassionate, answering all of her questions and providing emotional support.

“Really bad incidents [have happened] to me in my life… and they were there for me, literally,” Sumbry recalled. [They] went out of their way, on my first week of living here, to make sure I was comfortable. I was shocked. You don’t get that [at] too many places, at all.”

The family-like atmosphere is comforting. From senior citizens who sit outside and greet everyone daily, to adults with children, Sumbry said the mixture of people in the quiet community is peaceful. On occasion, her four grandchildren will come to visit their “Gigi.”

“When I bring them here, they have a place, a little area to play,” she said. “I don’t have to worry about them running and bumping and disturbing neighbors.”

The stigma around affordable housing is something Sumbry encourages people to dismiss, saying it’s rare to find a place that is budget-friendly, suitable, and feels like home.

She added, “It’s a roof over your head. You can afford to live decent, without having issues like you would at some other place. We have all types of people here, and this is a great place to live. Come see for yourself.”

Sumbry is also appreciative of the safety, saying she hasn’t had any problems with loitering or unsanitary conditions. “I do not have to worry,” she said, adding that the security gates are another perk. Animals – the lack thereof – also provide an added sense of refuge.

“Anyone [can] tell you – I’m afraid of any animals,” she explains. “So, I love it that I don’t have to walk out of my door and run away from anything!”

Although another home might be in her future, Sumbry loves where she is now. She said, “Every place is not called home. But here – this is my home.”

Georgia, USA @gdecd
12 hours
Demand for the food processing industry has surged, and thanks to Georgia’s pro-business environment and responsive… https://t.co/pyxBS5rznr