On behalf of Georgia Department of Community Affairs, Office of Homeless and Special Needs, Housing Opportunities for Persons Living With HIV/AIDS (HOPWA) Program, we wanted to commemorate World AIDS Day 2017 and highlight the importance of safe and stable housing for Persons Living With HIV/AIDS (PLWHA) to access and maintain health and well-being.

As of December 31, 2015, there were 54,754 persons living with diagnosed HIV infection in Georgia. Similar to the new diagnoses of HIV infection, the majority of prevalent cases are among Black/Non-Hispanic persons (67%) and males (75%). Seventy-eight percent (32,429) of prevalent HIV cases among males were attributed to MSM sexual contact and 82% (10,873) of cases among females were attributed to heterosexual contact.

HIV/AIDS is one of the most socially stigmatized health condition. PLWHA had to face numerous challenges to maintain health care and treatment due to stigma. Studies have reported that almost 70% of PLWHA face homelessness during their lifetime. Housing has been found to be the structural intervention in HIV Prevention and Care. HOPWA Program focuses on providing stable housing to those in homeless and at risk of homelessness. Studies have shown that with stable HOPWA housing, PLWHA have been able to maintain in HIV care and became virally suppressed. In 2016-17, Georgia Department of Community Affairs HOPWA program assisted 325 PLWHA and 292 of their other household members, with total of 617 individuals with stable housing especially in the rural communities.

World AIDS Day provides an opportunity for all of us to come together in the fight against HIV/AIDS, remember those we lost to HIV/AIDS and stand by PLWHA. And we will continue our commitment to serve those living with HIV/AIDS. 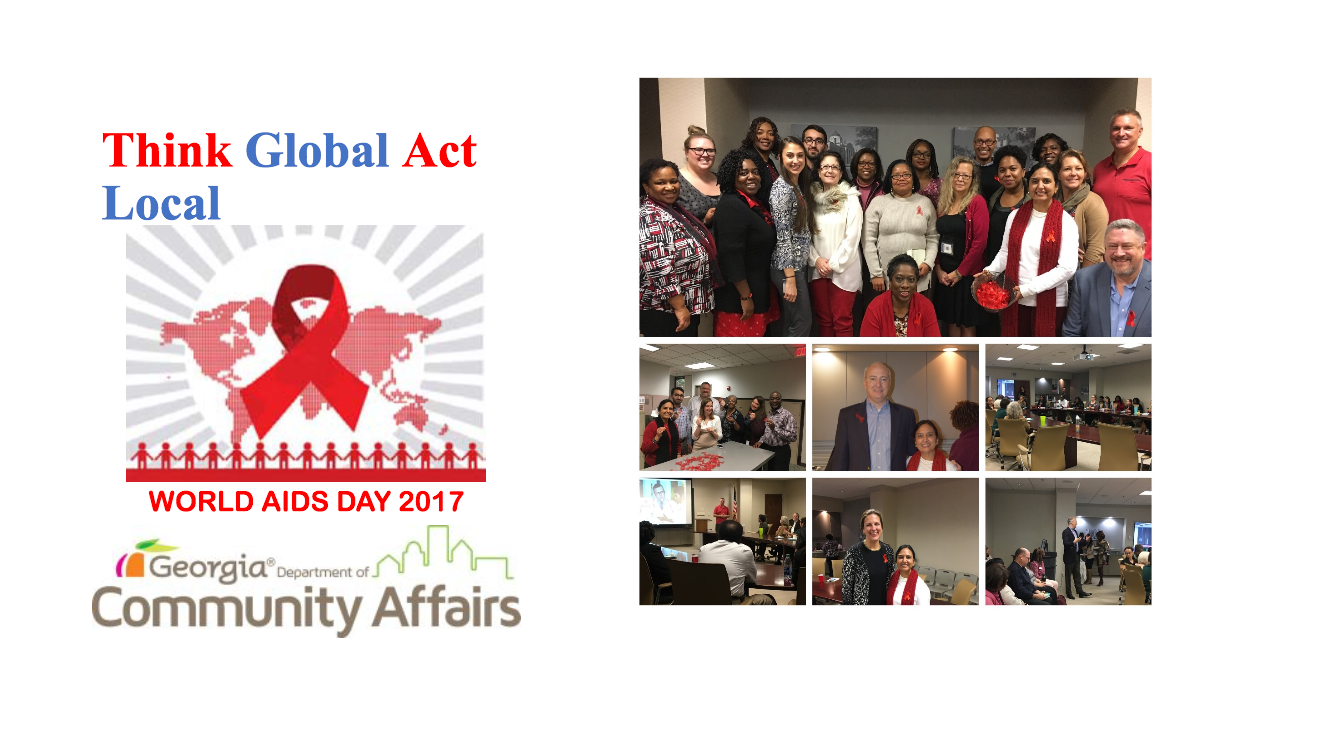